If you have been looking at getting a leased line it’s likely you would have stumbled across a TalkTalk Business, BTnet or Virgin Media Leased Line Quotes. These telecoms giants dominate the UK market when it comes to fibre optic connectivity and especially dedicated internet access like leased lines, which are vital for many businesses to operate effectively.

Despite there being hundreds of leased line providers, most will simply resell a BT or Virgin Media Leased line. However, this is often resold cheaper than the same line at the same location would cost directly from Virgin Media Business or BT business. The reason for that is other providers get the lines at a wholesale price. This is nearly always much lower than the retail price, which is what both companies would offer if you go to them directly.

We will be reviewing Virgin Media Leased Lines focusing on the internet speeds, the customer service, the install times, the SLA, and the cost. 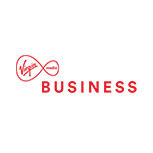 The upload and download speed you get on a virgin leased line can range from 10Mb right up to 10Gb symmetrical speeds. As with all leased lines, speeds are guaranteed  so you will receive whatever you sign up to. Virgin Media Leased lines are available in the following speeds:

Leased lines also come with a Service Level Agreement (SLA) which guarantee’s you will receive the speed promise, or you start earning money back off your next bill.

Virgins Service Level agreement is often believed to be the same as BT’s which is 100%. Most leased line providers will offer more than 99.99% for their SLA. However, Virgin Media Business SLA is lower in comparison.

Leased Lines very rarely go down so this wouldn’t be a huge concern for us, although it effectively means you get less money back if the line does ever drop. The main reasons a leased line would go down are not the same as broadband. Faults on the line itself are extremely rare. What’s more likely is someone doing building work and accidentally digging through the line.

Virgin offers competitive pricing and doesn’t have a bad reputation in the industry, except for when it comes to installation times. Dedicated Internet access is a more complex install than your traditional broadband, so it does take longer. The normal lead time to install is around 45 working days, Virgin media quote 60 working days – reality is often longer than that.

A factor that has historically impacted the install times is Virgins’ classification of on net. On net is when a location is in a provider’s area of service. So if my office is on net for TalkTalk Leased Lines, I could expect TalkTalk to give me the best price and quickest install as it means they have fibre in the area already.

Virgin Media Leased Lines are often quoted as “on-net”, giving the customer the best price, then not be able to deliver causing long delays in the process. This seems to have improved in recent years but is worth being aware of before getting a new internet connection.

Getting customer service right all the time in a company the size of Virgin is almost impossible. The same applies to BT, TalkTalk & almost any big brand that you have heard of. They will have hundreds of thousands of employees so human errors can be more likely but you would also hope the speed you can get any issue fixed is quicker from the bigger companies.

The downside many of our customers have about the big branded providers is the lack of ownership taken on any complaints or problems. You don’t get a single point of contact or personal feeling being a customer of a large corporate. Not in the way you do with smaller providers who often treat you like you are their most important customer. You may well be to an ISP with a few hundred customers.

If you do a quick search on google for Virgin Media Business Reviews you can find customers experiencing on places like Trustpilot and reviews.co.uk – as it stands Virgin fare pretty poorly on both at the moment. However, we are more likely to write a review when we have had bad service and there are not many providers that do have good reviews so I would recommend having a balanced view on review sites.

There are other bits of information a provider can give you that can help build a more accurate portrayal of their customer service. Things like their average customer length, net promoter score, internal reviews and case studies, or asking for opinions on LinkedIn.

One way Virgin Business can be extremely competitive is their pricing. They have the ability to create some extremely competitive offers and deals and seem to create them on a more regular basis than their biggest rivals. Their most popular offering recently was what they call their DIA lite which gives you up 30Mb symmetrical and dedicated internet for £120pcm.

Virgin is also part of the government’s gigabit voucher scheme which can save you up to £2500 from your installation cost. The best way to save money on your leased line would be to run an impartial comparison and consider all providers, not just the big ones.