Although things are finally starting to lighten up once more, we can’t deny that the media has been very ‘doom and gloom’ over the past few weeks, detailing all the negative effects we can expect as a result of Britain leaving the European Union. However, as we move on from the referendum, we are starting to see some of the advantages come to light, particularly for small businesses operating within the UK.

There’s been a major shakeup in the Cabinet Office lately, and while we’ve been inundated with news about the ministerial positions, we’ve not heard much about changes to other positions within the office. One change is the appointment of Emma Jones MBE as Small Business Crown Representative.

In her new role, Jones, who is already known for her work with Enterprise Nation and StartUp Britain, will aim to improve access to high profile Government contracts for smaller companies. In doing so, Jones is expected to address some of the most prominent issues that are currently preventing businesses from tendering for these contracts; most notably business broadband that doesn’t meet their needs. 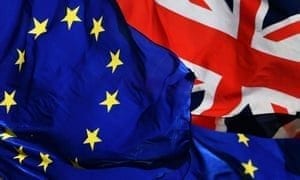 Britain has been behind the majority of the other developed countries when it comes to internet speed. Considering how much money the UK has, its quite shocking that we are still behind 2/3’s of  other EU countries. That being said there has been improvements – In 2017 the UK’s average broadband speed was just 16.51Mbps, 2018 that wen up to 18.57Mbps & the lastest report 2019 it is 22.37Mbps.

We should expect to see that much higher in 2020’s report from Mlab as the deployment of all the superfast fibre will be increased, especially as more businesses buy leased lines and gigabit capable connections.

As we’re still in very early days, it’s unknown what changes to business broadband we can expect from this new appointment. However, Ben Gummer, Minister for the Cabinet Office, states that they’ve already ‘made a manifesto commitment that £1 in every £3 of government procurement spending should go to SMEs by 2020’. This could mean the introduction of new business broadband schemes to help with the costs of installing an optimal line, or help in locating the best business broadband deals.

A scheme they are currently using to encourage businesses to upgrade their internet is the gigabit voucher scheme. This enables eligible businesses to claim up to £2500 from the government for installing gigabit capable internet, like leased lines.

Here are just some of the ways that small enterprises can help minimise business broadband costs:

● Keep an eye out for any schemes or programmes launching as a result of the Cabinet appointment of Emma Jones, and the Government’s commitment to small businesses.

● Assess your needs carefully. Does your business really need a 10 Gbps line? It’s good to future-proof your business, but keep things realistic, and don’t pay for more than you need.

Regardless of whether you voted to leave, or to remain, there has been at least one positive outcome from the referendum, and that’s the shakeup in the Cabinet which has created new roles for people like Emma Jones MBE who being given an opportunity to let small businesses’ voices finally be heard.

Its no secret that in our daily lives we are using the internet more than ever and this trend shows no sign of slowing down. To give your business the competitive advantage in this unclear political climate your connectivity is a great tool. However, its not possible for all businesses.

Businesses in more rural areas may still have to wait for fibre broadband or may still struggle on it even when it does come. If you find yourself outgrowing your business broadband you might be surprised at how much downtime can cost you.

Solutions for businesses struggling with broadband

Luckily there are a few suggestions and ideas to help you get a better connection to the internet. First we would suggest monitoring just how often it goes down and what impact that has to your business operations. We would also suggest doing speed tests throughout the day to check your average speed.